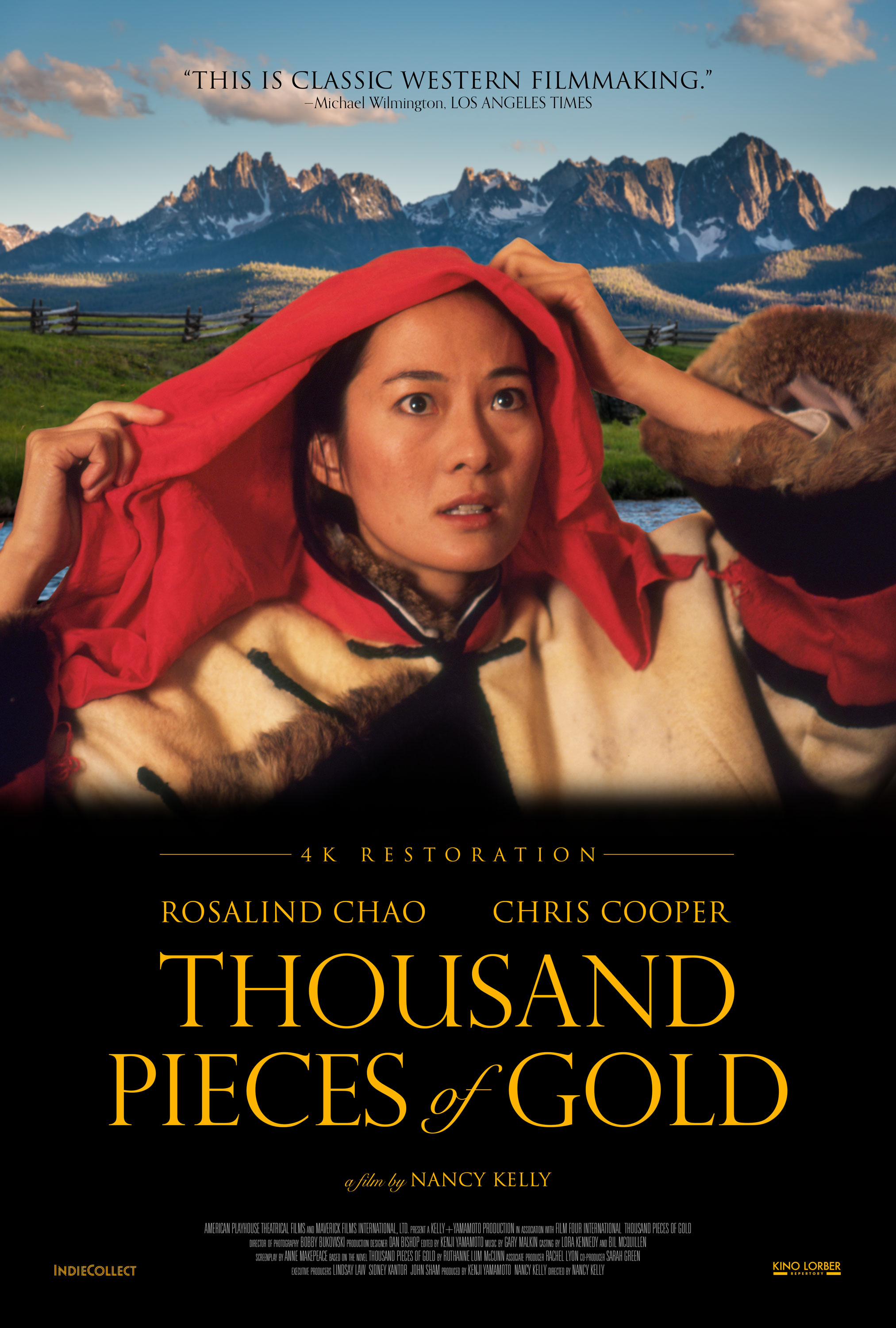 Set in a mining town in the 1880s, Thousand Pieces of Gold was developed by the Sundance Institute and premiered at the San Francisco International Film Festival in 1990. After its theatrical release, Thousand Pieces of Gold aired on the PBS American Playhouse series, the UK’s Film Four and around the world. Based on the classic novel by Ruthanne Lum McCunn, the film’s screenplay was written by award-winning novelist and filmmaker Anne Makepeace (Tribal Justice).

It won immediate acclaim for its portrayal of the real-life story of Lalu (Rosalind Chao), a young Chinese woman whose desperately poor parents sell her into slavery. She is trafficked to a nefarious saloonkeeper in Idaho’s gold country. Eventually Charlie, a man of different ilk, played by Chris Cooper, wins her in a poker game and slowly gains her trust.

Way ahead of its time, the film resonates even more powerfully today in the era of #MeToo. But Nancy Kelly became a victim of prejudice against women directors within the American film industry and was never offered another movie to direct in spite of extraordinary reviews from critics, some of whom compared her talent to that of John Ford.